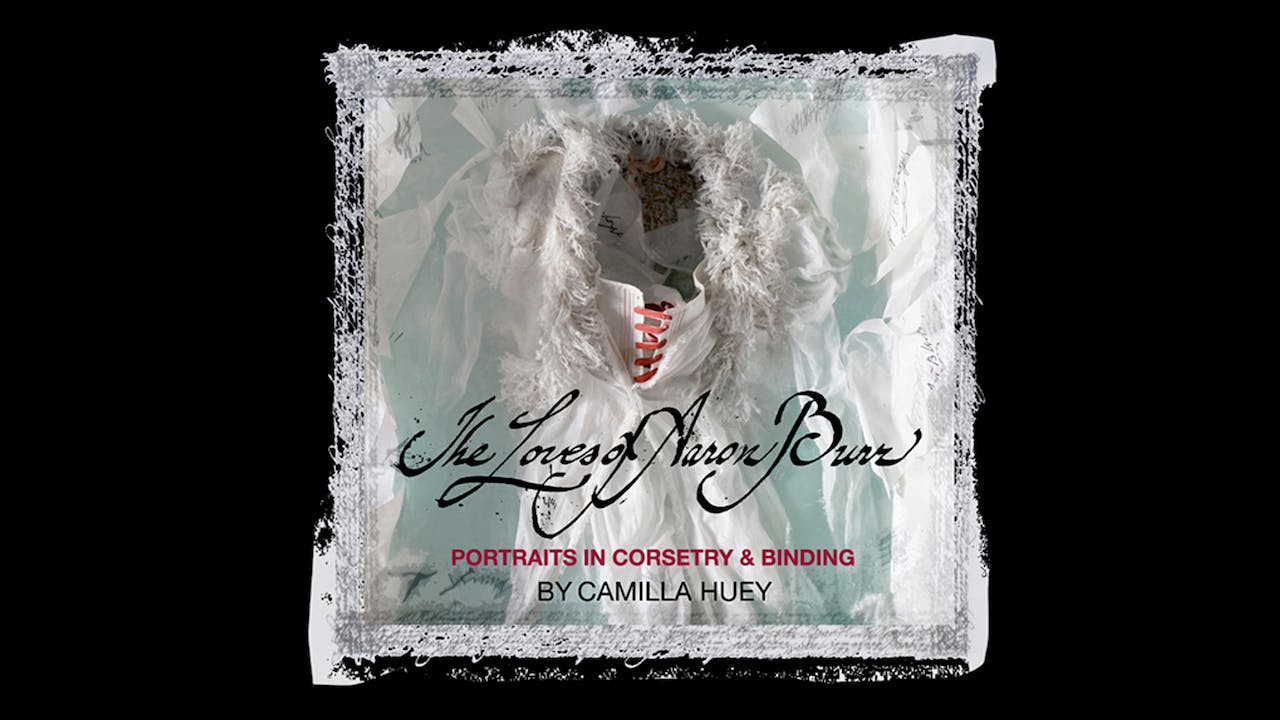 The Loves of Aaron Burr: Portraits in Corsetry & Binding

The Loves of Aaron Burr: Portraits in Corsetry & Binding presents artist Camilla Huey's exhibition of striking and original corset portraits of nine literate women whose lives intertwined with the infamous Aaron Burr. The film invites the viewer, as voyeur, to peer indiscreetly into biography and personification through private lives amidst colonial politics, revolutionary and Federalist New York as told through material culture, fetishism, ephemera, and letters. The narrative of The Loves of Aaron Burr: Portraits in Corsetry & Binding film follows Huey’s design process from the workroom to exhibition at The Morris-Jumel Mansion. Each portrait within the exhibition is comprised of a period appropriate corset binding the hand transcribed letters and ephemera, symbolizing each woman’s “body of work” in sheer volume.

Historically, the Eighteenth century woman was viewed as a body without a voice. Aaron Burr was near solitary among the founders to contend that not only were women as intelligent as men, and should be educated as such, but that they “have souls.” Burr’s muses were among the most literate ladies of the Revolutionary era. Combining their letters, books and corsets Huey has created bodies from which to reanimate their voices.

Camilla Huey (artist/couturier) best known for the gowns and corsets she has produced for celebrities such as Oprah, Jennifer Lopez and Katy Perry in her famed garment district atelier, The House of Execution. Huey has exhibited artwork at the Bard Graduate Center, Wave Hill and the Morris-Jumel Mansion in New York City. Her exhibition, The Loves of Aaron Burr: Portraits in Corsetry & Binding, paid homage to the women who surrounded and influenced this controversial founding father in the period rooms of the haunted and historic Morris-Jumel Mansion. The film, of the same title, encapsulates the artist’s process, truly fulfilling the project’s vision.